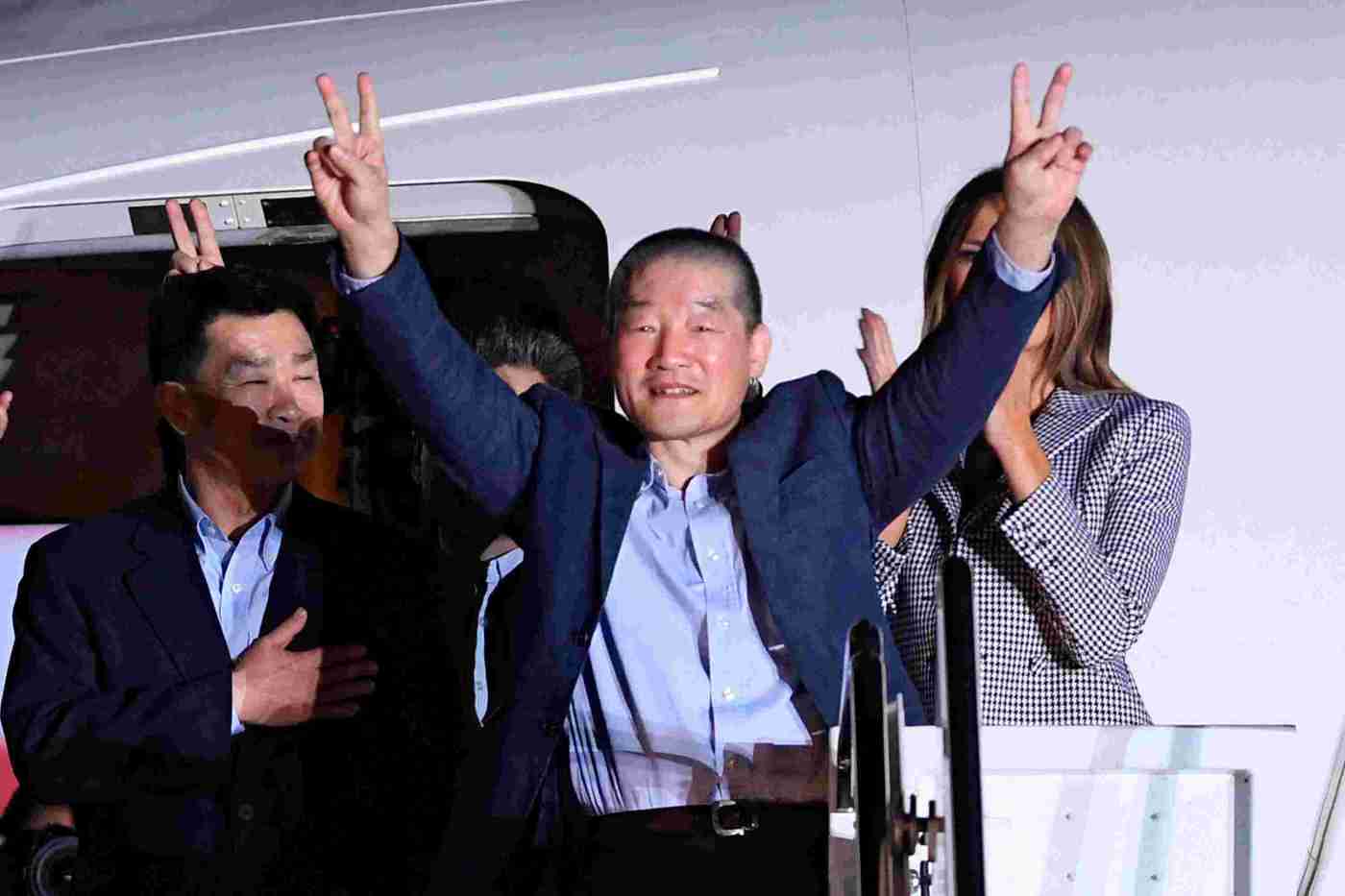 Nothing starts a U.S. politician frothing at the mouth and howling like a rabid coyote more than an American citizen locked up in a foreign prison. While democrats sometimes join the chorus of indignant and incredulous voices from Washington, D.C., no one is more vocal about the violation of so-called human and civil rights abroad than their republican counterparts.

The irony of the cacophony is that few — if any, republicans or democrats — of the politicians that lobby so vehemently for the release of U.S. nationals in foreign prisons would ever raise a whisper on behalf of the men, women, and children imprisoned in American jails. Of all the double standards in the nation’s capital, none encompasses a more diametric seesawing than a discussion of foreign versus U.S. justice on the floor of the house or senate.

Whether it may be Amanda Knox in an Italian prison for murder; Alan Gross serving 15 years in Cuba for aiding dissidents; or three men in a North Korean labor camp, any time an American runs afoul of international laws or falls victim to foreign justice systems, Washington, D.C. finds itself in an uproar. From Venezuela and Iran, to China and Russia, hundreds of Americans are still detained overseas and the focus of congressional tear-jerking speeches and political maneuvering.

While the plight of the three recently released prisoners from North Korea and others who still languish in foreign jails is of a human concern, it is neither more important nor a greater injustice than the circumstances surrounding the incarceration of over 2 million people in America’s prisons. In addition to those citizens who have been convicted or are awaiting trial, America’s immigration detention centers are burgeoning under crackdowns initiated by the Trump regime.

In both instances, Washington is largely silent. Even when Trump puppet Jeff Sessions announced last week that the department of injustice would actively separate children from families during detentions, there was very little outrage — especially from the same politicians who would lose their heads if the same thing occurred to a U.S. family abroad, regardless of their culpability for any crime. The U.S. Immigration and Customs Enforcement agency and others are currently holding more than 100,000 family members in detention, adding to the millions in the regular prison population.

For every Amanda Knox, Sarah Shourd, or Kenneth Bae story in the media, there are a hundred others in domestic prisons. America imprisons 5% of its population and accounts for more than one-quarter of all prisoners on earth. Our nation is home to some of the most violent and horrific prison conditions on the planet in run-down, poorly managed, and overcrowded facilities like Riker’s Island and Attica in New York, San Quentin in California, and the harsh conditions of ADX Florence Supermax in Colorado.

In addition to the travesties of incarceration, Americans endure a justice system based on plea bargained outcomes, emotional and inflammatory appeals for victims, and faulty “forensic sciences” that are losing ground. It is not a system based in factual truths, legitimate evidence, and sound reasoning. According to the Supreme Court of the United States, almost 95% of all criminal cases — both state and federal — are resolved by leveraged pleas before ever going to trial. In other words, almost everyone convicted of a crime in America never had a fair trial by jury because overzealous prosecutors and police scared him or her into a plea.

Of all the people imprisoned, on probation or parole, or labelled as ex-cons in America, only a small fraction enjoyed the constitutional guarantee of a trial by peers with the assistance of counsel. The other 1.9 million or more were shuttled right from their arrest and bail hearing to a waiting prison cell.

But 535 men and women in Washington are going to wring their hands when one American citizen is accused or detained anywhere else in the world except at home.

Until the Trump regime rose to power in 2016, American foreign policy — as well as that of many western nations — was that the United States would not negotiate with terrorists or terrorist regimes. This policy carried a significant obstacle to those in Washington who bemoaned every detention, imprisonment, conviction, or even mere allegation by a foreign power, whether friendly or hostile. For the most part, while 2 million suffer at home, too many politicians searched for ways to pull the strings when Americans ran into trouble in places like North Korea and Iran, both considered hostile terrorist nations.

It seems that has all changed with Trump’s pomp and circumstance over the release of three prisoners from North Korea. Never one to shy away from even a middle-of-the-night photo op, Trump has been crowing about his negotiated release of three Americans detained in North Korea since last year. America only refused to negotiate with terrorist regimes when it was a reputable nation, esteemed by its allies, and appreciated as a beacon of democratic hope from around the globe. Apparently, the new rule is that our nation will entertain negotiations with terrorists, so long as we have one in charge.

Meanwhile, American lawmakers continue to ignore the need for justice and reform at home. In an over-worked court system, appeals can take years. Public defenders are spread too thinly to handle criminal trial and appellate caseloads. Wrongful convictions are on the rise, and thousands of men and women sentenced to life in prison as juveniles, have still not received relief more than five years after the Supreme Court ruled their sentences unconstitutional and illegal.

If only Washington cared as much about the millions of families affected by injustice in America as it did about a few cases in North Korea. Then again, who has time in Washington to worry about America’s prisoners when there is a summit to be planned between the nation’s two dictators so they can compare notes on military parades, golf, and Russian caviar?