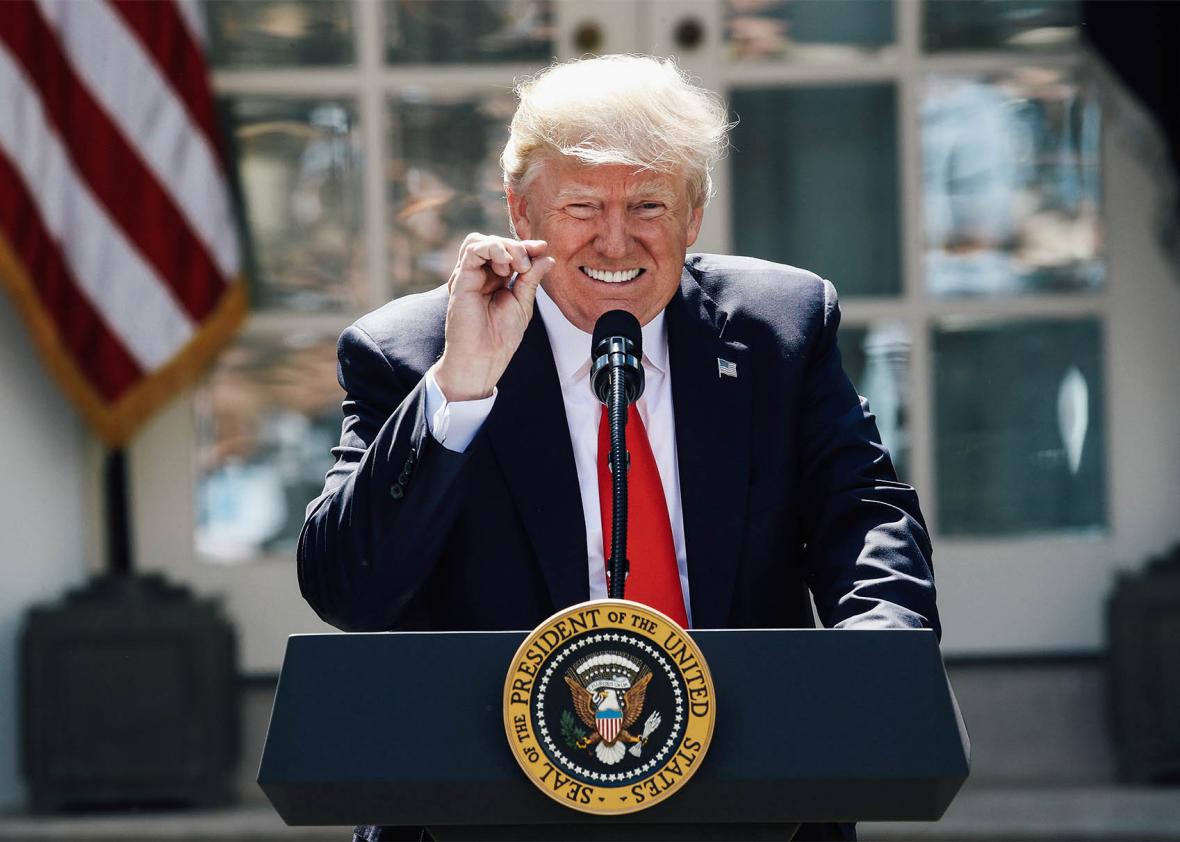 On Monday, the White House claimed that it was “utterly ridiculous” for anyone to infer that President Trump attacked London’s mayor because the mayor is Muslim. White House deputy press secretary Sarah Sanders was too quick to respond when asked about Trump’s tweets criticizing Mayor Sadiq Kahn. The knee-jerk denial was strong enough to kick her credibility out the door where it almost hit a cowering Sean Spicer.

Trump and Kahn have been sparring in the media since the beginning of both their political campaigns almost two years ago. Kahn took early exception to Trump’s “ignorant” view of Muslims; and Trump took an exception to…well, Kahn’s religion. Then candidate Trump intimated that Kahn was an “exception” to the rule among Muslims and how the Travel Ban would affect him if the mayor visited the United States.

Yet, the White House continues to treat the American public like a mindless herd that will eagerly consume and digest any statement, opinion, or denial coming from on high. Trump has not only insulted Mayor Kahn and other European leaders, but he humiliates every person in the United States daily in assuming they are not intelligent enough to connect the dots in the administration’s path to ruin.

It was only a few weeks ago that the president wished the “many losers” in the country a happy Memorial Day on Twitter. On the heels of his criticism and “pathetic” tweet regarding Kahn, it is neither ridiculous nor a stretch to see the president for what he is: an inflammatory blowhard — the original agent provocateur.

Trump ramped up to his hasty presidential campaign crushing dreamers on national television by yelling, “You’re fired!” Millions of Americans tuned in each week filled with glee and anticipation to see which apprentice’s failings merited Trump’s ire. How happy they must be now that Trump is calling them losers and heaping his scorn on the public. America created this monster, and America must work together to contain him.

Once in office, Trump continued his role as the inciting agent by encouraging his appointees to do his bidding and then disowning the consequences. For Trump, failure is familiar and embarrassing, and he is fearfully incapable of owning it. He is never at fault and has an answer for every moronic debacle — or he sends one of his minions to their doom in having to lie and make excuses for him. (Try saying, “Cover for Me,” after a shot of tequila or when you are exhausted.)

OMG – @seanspicer's answer to a reporter's ridiculous question about the #Covfefe tweet is priceless. 😂 pic.twitter.com/Mvp4fxzziv

How many cable news anchors does it take to screw in a light bulb? Dunno but here are dozens trying to figure out how to pronounce #covfefe pic.twitter.com/uQClwgxTfY

#Covfefe launched the Twitterverse into a bigly Conundrizzy…

Contrary to the White House propaganda, what is utterly ridiculous at this early point in the Trump presidency is that it is not ridiculous to assume or infer anything. In almost every instance of Trump’s incoherent tweets, unscripted speeches, and blustery promises, the not-so-hidden meanings eventually turn out to be quite transparent and true. A ban that is unequivocally not a ban is later proclaimed loudly and openly…as a ban.

Trump is raw, unfiltered, frustrated, and spoiled. He has difficulty containing his intentions and emotions. He is driven to express what Trump wants to say because he believes that he is right, everyone else is wrong, and he is thus superior.

A majority of his tweets contain emotional language, capital letters, and exclamation points. It is not at all unreasonable for the public to interpret the meaning of his excited utterances as what is most obvious the truth at the moment. However, what is unreasonable in this new era of political chaos is for the president and the White House staff to assume that Americans are somehow less intelligent today than yesterday. Simply because an idiot leads a nation (or pretends to), does not make it a country of idiots — the same way not every American is a bigot, racist, or even a small-time orange billionaire.