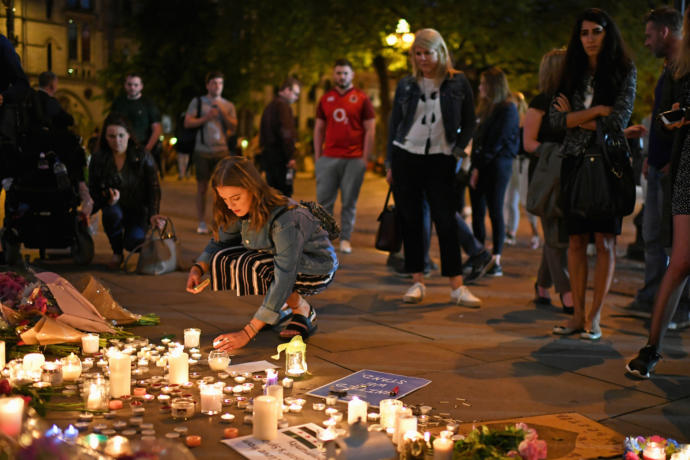 Very few people enjoy reliving traumatic incidents. Generally, unpleasant events that generate fear or pain have an altering effect on human personality and not a good one at that. With this in mind, it is difficult to understand the propensity of some media outlets to continually assail their audiences with unnecessary replays of the Manchester Arena bombing.

By its very nature, the news business can often be offensive, but it need not be both offensive and lowly. The search for local connections to major events is an inherent drive in journalism. Perhaps a local person was traveling near a major world event. Friends, family, acquaintances worried about an overseas traveler’s proximity to a news story provide a relevant local source and emotional tie-in.

However, the current media reach for local connections to tragedy often seem neither relevant, nor emotional. What happens in too many markets around the country is “newshound piggybacking.” That a nearby company sells a gun model used by the Manchester police department; or that a local DJ interned at Ariana Grande’s label ten years ago are both grossly irrelevant reasons to replay explosions and scenes of panic. The free press need not be a feral press.

Additionally, repeating the Manchester arena bombing — in either video or audio formats — should be germane to the topic of discussion. A pop-radio morning show listened to by commuters and children alike should not censor the hosts’ banter. None-the-less, a station manager should question and scrutinize why producers would play looped audio of the explosion while hosts tell the audience to pay attention and listen to the bomb go off again.

How desperate for attention must a radio personality be to rely on an exploding bomb for ratings? Listeners are likely to be more responsive and positive to a moment of silence in place of the looped audio of dynamite popping, of panic erupting, of the instant when a child’s life ended.

The sick dramatization of deadly events allows terrorism to spread and strengthen its foothold. Needless hyper-attention gives extremists the platform they seek and shapes an atmosphere of fear. Each time a listener or viewer is assaulted by the sound or image of the Manchester disaster, a tiny change takes place. The pain, fear, sadness, and trauma accumulate. Each addition is a victory for terrorist everywhere.

The host of MSNBC’s Morning Joe offered strong words to fellow media outlets on Tuesday evening. Joe Scarborough tweeted, “Running clips of terrorized preteen girls in a loop is sick and gives terrorists what they want. STOP turning your programming over to ISIS.” Scarborough’s Tweet followed an earlier one with a link to empirical studies on terrorism and media coverage. The scolding could not be anymore relevant in the present media climate.

There are days when nothing newsworthy happens. There are days like Monday when the worst happens. The media needs to find its balance and not take the lazy path of sensationalism and over dramatization. When the story is over and the bodies are buried, saying nothing can be more of a statement than saying anything…it stops the terror for survivors and terrorists alike.