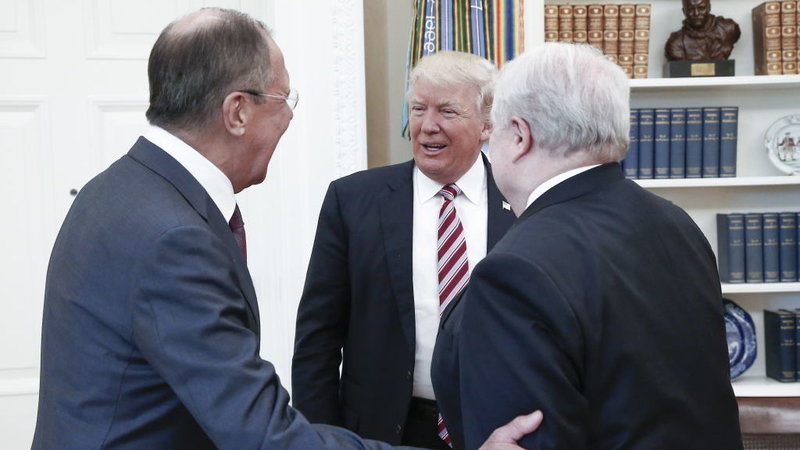 One of the most significant traits that differentiate humans from other animals is the capacity for reasoning and intelligence. The talent to learn from mistakes and danger signal higher cognitive abilities among humans and measurable IQ scores further stratify the human brain into various categories. It would be difficult to find a human child who has not learned to withdraw a hand from hot bathwater or avoid a barking dog.

The ability to use intelligence and reason a safe path through a world fraught with hazards is encapsulated in a variety of adages. Everyone knows not to poke the hornets’ nest and to let a sleeping dog lie. In addition, gasoline should never be thrown on a fire. Everyone knows to heed these basic lessons in self-preservation…everyone except for President Trump.

Yesterday, the Washington Post published an article alleging that the president had passed along highly sensitive and classified information to two visiting Russian officials. The resulting firestorm engulfed the White House and sent pundits into frothy-mouthed frenzies. In an abrupt blanket statement, the administration’s National Security Advisor, H.R. McMaster, denied the report as false without addressing the key points and claims or taking questions.

At this point, the American public and political leaders at every level need not question the WaPo report itself, or the legitimacy of its claims. Instead, it is time to examine the president’s actions without prejudice as to whether he did or did not leak intelligence secrets. It is no longer an issue of spilling the beans to the enemy, but an issue of reckless disregard for self-preservation, of incompetent leadership, and of impulsive and irresponsible decision-making.

If President Trump cannot reason at the basic level to safeguard himself from the firestorm, then he cannot be expected to exercise the much higher reasoning necessary to protect the country. It does not matter that secrets may or may not have been shared. The mere impropriety suggested in the jovial-themed photos released by the Russian Foreign Ministry demonstrates the real dangers of this administration’s executive leader: audacious egotism and a severe lack of cognitive reasoning.

On the heels of the James Comey firing, the president knew the press and public were watching his every move — yet he did everything to fan the fire and not extinguish growing fears about his capacity as commander in chief. He excluded the American press corps during the Russian state visit at the White House. He allowed Russian media to attend, claiming staff had been “tricked.” He grinned smugly while photographers captured him laughing alongside Russian Foreign Minister Sergey Lavrov and Ambassador Sergey Kislyak.

The president is surrounded daily by advisors who likely saw the most recent Russian train wreck hurtling down the tracks. Maybe one of them spoke up, but if they did, the president more likely refused to listen. Regardless of any warnings and despite continuing controversy, President Trump made his own ill-conceived choices that went against the grain of every adage on self-preservation ever written. He woke the dog while poking a flaming hornets’ nest with a can of gasoline in hand.

The public and Washington insiders alike will scrutinize the WaPo report — maybe for the next four years or more. America may never know with certainty whether Trump revealed state secrets. One thing appears definite at this point, however, and that is this: there is not one, but two huge intelligence leaks in the White House…one on each side of the president’s head.